What has and what has not yet been achieved after the replication crisis in psychology? That was one issue of the Open Science Conference 2019 hosted by ZPID in Trier. Slides and videos of the conference are now available. 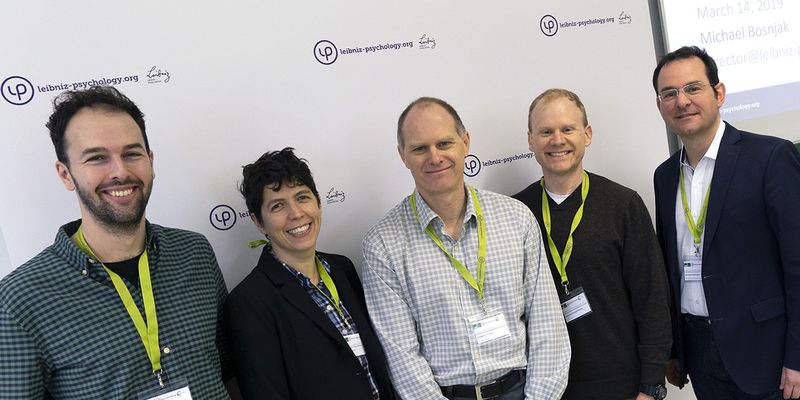 "The conference was a great opportunity to hear from thoughtful researchers working to better understand how to make science more open", said Simine Vazire, associate professor at the University of California and one of the conference’s keynote speakers. "I especially enjoyed hearing from so many exceptional early career researchers - in my opinion they were the highlights of the meeting. The future of science is bright so long as we can continue to attract and support such great meta-scientists."

As a response to the replication crisis in psychology, the last six years witnessed the development and implementation of various standards of open science, most notably replicability projects, preregistrations, registered reports, open data, reproducible scripts, as well as transparency and openness promotion guidelines for scientific journals. "Supporting initiatives fostering open science, such as conferences, is highly important to me", said Moritz Heene, professor at LMU Munich and one of the organizers, about his motivation to set up the conference.

The general goal was to give a relatively broad overview of what has and what has not yet been achieved, what are still prevailing problems, and whether the aforementioned open science standards have led to new insights about psychological phenomena.

"I traveled to Trier exclusively for the conference"

Peter Steiner, associate professor at the University of Wisconsin-Madison traveled to Trier, exclusively for the Open Science Conference, to introduce his own work on replication to researchers in Europe and to learn what the currently discussed open science issues in Europe and psychology are. "I very much enjoyed attending the Open Science Conference because of its excellent program covering very interesting keynote addresses and high-quality talks", said Steiner. "I particularly liked the broad scope of issues addressed during the conference, from preregistration and replication issues to publication bias and p-hacking. I also enjoyed the opportunities to interact with conference participants very much."

Moritz Heene drew a positive conclusion as well: "It was very well organized by ZPID, making it one of the most enjoyable and insightful conferences I have attended so far. Moreover, it brought together a group of mainly young open science enthusiasts presenting and discussing a broad range of open science topics. Offering them an opportunity to present and discuss their work is a building block for the future of open science in psychology." Heene can imagine organizing another Open Science Conference.

Could it take place in Trier again? ZPID director Michael Bosnjak: "Given the excellent ratings we have received by the participants, we are willing to organize a second open science event and welcome nominations for co-organizers."

The conference’s abstract collection, the final program and session slides are to be found in ZPID's repository.