A movie as cliffhanger, a discussion revolving around the question which changes the protagonists desire within the system of academic publishing. 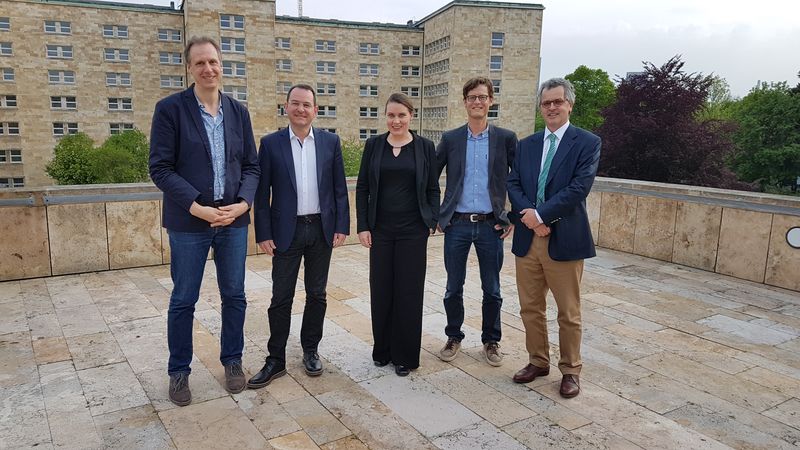 The point of origin: The German Psychological Society (DGPs), the Frankfurt Open Science Initiative and ZPID - Leibniz Institute of Psychology Information had organized a screening of the movie "PAYWALL – The Business of Scholarship" followed by a panel discussion.

The movie elucidates the currently established way of academic publishing. The filmmakers illustrate how the major scientific publishers make huge profits by selling publications for vast amounts while the author walks away empty-handed. The majority of the interviewed in the movie wants open access to scientific literature – a concern shared by all participants of the panel discussion.

"It is indeed a decision between values and career. This is no academic system the way I want it", says Dr Tanja Gabriele Baudson, a researcher on giftedness and committed to open science practices at IGDORE – the Institute for Globally Distributed Open Research and Education. In the current system she, as a junior researcher, is forced to publish within the established publishing companies in order to qualify herself. However, research results show that the Journal Impact Factor is unsuitable to valuate an individual. She would rather have more quality than quantity. Publishing vast amounts means less time per article. "I am not surprised that so many articles have to be corrected or are withdrawn", she says.

She criticizes the vast profits made by the publishing companies shown in the movie as indecent. Dr G.-Jürgen Hogrefe, CEO of Hogrefe Publishing Group, clarified that only a few huge publishing companies and not, like the movie suggested, publishers in general, make profits between 30 and 40%. According to Hogrefe the movie is in many points unobjective and emphasizes more on emotional movie effects rather than facts. "A propaganda movie – which is rather unfortunate since a constructive and objective discussion is vital for the desirable transition to open access."

It is important to Hogrefe to emphasize that academic publishers were the pioneers in the area of digitalization by building a highly efficient system of electronic facilities of literature next to their traditional functions such as quality assurance. "More people than ever before have access to scientific information. You can toss and turn it as you wish – whether in a subscription model or in open access, it costs money." He sees the agreements of the universities with huge publishing companies within the framework of the project DEAL, which is highly discussed, as critical. In his opinion it inadvertently promotes the overall criticized concentration within the scientific publication sector and threatens smaller publishing companies.

Open-Access-Publication is affiliated with costs as well. Professor Christian Fiebach, secretary of DGPs and host of the discussion, said that he has the impression that the Hybrid-Open-Access-Model in which single articles can be "redeemed" from classic "closed-access" journals produce by far higher costs than genuine open access journals. "That’s true", acknowledged Dr Roland Wagner, open access representative at Goethe University in Frankfurt. Why? – "Because the publishers can!" In the future the accessibility will be realized within the framework of DEAL in accordance with the big publishing companies throughout Germany. Dr Wagner positively evaluates this development because in his opinion it offers the possibility to control the cost trends.

ZPID offers another model with its own publication platform PsychOpen GOLD. Supported publicly the institute is able to offer full access to publications to its readers at no costs for the publishing authors. "How high is the demand", asked Fiebach Professor Michael Bosnjak, director of ZPID. "The demand excels our capacities by far", explained Bosnjak. "Currently we supervise eight journals. By 2025 we want to offer 20 scientific journals. We see ourselves as an incubator for new, auspicious psychological journals. Additionally, established top-journals such as Judgement and Decision Making want to relocate to PsychOpen GOLD.

Bosnjak emphasized that the Open-Science-Movement is currently at a crossroad: "Will it be engrossed by private enterprises or will it stay public and freely accessible? ZPID is and will stay an exclusively mission-oriented partner of the psychological profession in research, education and practice and as a public institute has no commercial interests."