In times of "fake news" it becomes increasingly important to evaluate information for its credibility. People act very differently in this regard. Whether such attitudes can be changed was investigated in the MEPIC project. 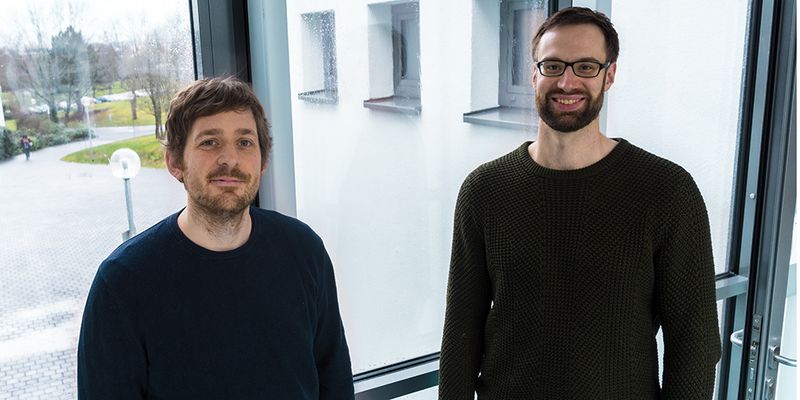 In the MEPIC project, Martin Kerwer (left) and Dr. Tom Rosman have investigated how people can be helped to gain a more differentiated view on science.

Under the leadership of Dr. Tom Rosman and research associate Martin Kerwer, the MEPIC project - Mechanisms of epistemic change in higher education was funded by the German Research Foundation (DFG) from 2018 to 2020. In times of "fake news" and "alternative facts" it becomes increasingly important to evaluate information. Some People weigh and evaluate knowledge claims, others don't. "The topic of the project is as relevant today as it was in 2017, perhaps even more so", explains Rosman.

Specifically, the project investigates how people can be helped to gain a more differentiated view of science. Since little is known about the processes underlying the change in epistemic beliefs, the project aims to empirically test the process model of epistemic change of Bendixen and Rule, which guides research in this context, and to extend it to include interindividual differences.

Epistemic beliefs, i.e., beliefs about the nature of knowledge, have a decisive influence on how individuals deal with scientific evidence. "Against the background of misinformation campaigns and conspiracy theories, the promotion of epistemic beliefs is becoming increasingly important," says Tom Rosman. By empirically testing the process model of epistemic change, specific intervention components were developed for each of the three central process components (i.e., epistemic doubt, volition, and solution strategies), and their effects on epistemic change were examined.

Although the results of the project do not yet allow a final judgement to be made on the model, there are indications that central components of the model (e.g. epistemic doubts and volition) are more closely interwoven than is generally assumed, and that peripheral model components (e.g. preliminary convictions) might play a more important role than previously assumed.

Tom Rosman: "The three experimental studies conducted so far revealed both hypothesis-conforming and unexpected findings. We plan to examine these unexpected findings in more detail in follow-up studies." Two new research questions have been derived which could be addressed in a second funding phase. A follow-up application to continue the research has  been submitted.

Five journal manuscripts have already emerged from the first funding phase, three of which are in the "accepted" stage, one "in-principle-accepted", and one "under review".