War crimes are acts of extreme violence. Prof. Thomas Elbert contributed with his work to break the circle of excessive aggression. Due to this fact he is honored with the German Psychology Prize 2019. ZPID is one of the sponsors. 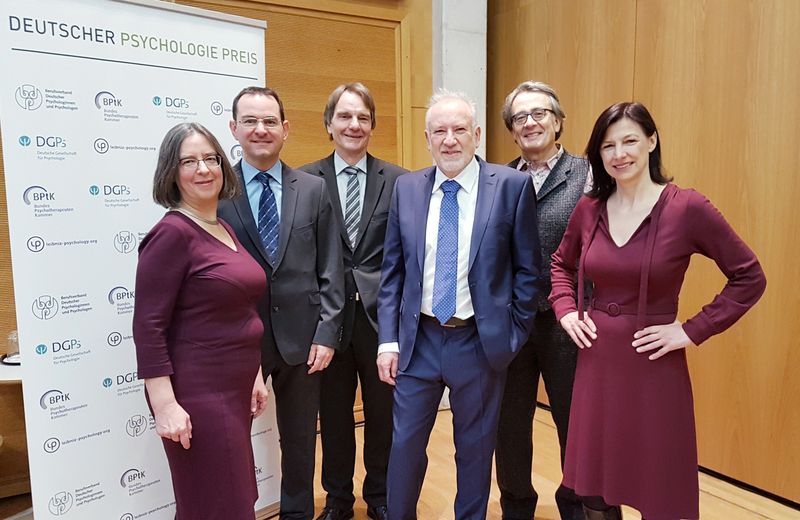 War crimes such as brutal massacres and rape are acts of extreme violence leaving us behind in stunned manner. Often the perpetrators are still children or soldiers drilled during childhood. Experience of violence and traumatisation lead to circles of brute force which are passed on from generation to generation to come.

Today, thanks to Prof. Thomas Elbert we have a better understanding on how victims turn into perpetrators. Elbert left his lab at the University of Constance in order to examine and treat victims and offenders especially in the war-zones of East-Africa. The main focus of his research are psychotherapeutic methods which will be able to help these traumatised people on site.

How deep are people hurt having survived such brute force?

What leads people to murder uncontrollably during wartimes? How deep are people hurt that survived such brute force and how are we able to help them? How can circles of violence where victims become offenders be disrupted? The answer to these questions not only helps to treat victims of excessive force but also give sociopolitical answers to the origin of wars and extreme violence.

Prof. Thomas Elbert is honored for his unique research linking fundamental neuro-psychological research with the development of psychotherapeutic innovations for the application in war-zones.

Psychological research contributes significantly to the understanding of the origin of human aggression and its impact on the development of fears, depression and posttraumatic stress. On the neurobiological level violent experience has sustainable impact on memory, because synaptic connections are being altered while new neurons are generated.

However, also the behavior of the delinquent is based on innate patterns as well as experience and learning. These patterns can be established in alterations of brain activities and in a chemical transformation in the genotype leading victims to become offenders in generations to come.

Elbert plays a significant role regarding this research. Based on his findings psychotherapeutic methods for treating traumatized victims of violence in conflict and crisis regions were developed.

The German Psychological Prize was awarded to Prof. Thomas Elbert on November 29th in Berlin. The award-ceremony was accompanied by a symposium on "Psychology of war victims: Cause, aftermath and innovative forms of therapy". With this award the Association of German Professional Psychologists (BDP), Federal Chamber of Psychotherapists (BPtK), the German Psychological Society (DGPs) and the Leibniz Institute for Psychology Information (ZPID) honor outstanding achievements within psychological research. The prize is endowed with 10,000 Euro and is awarded every two years.